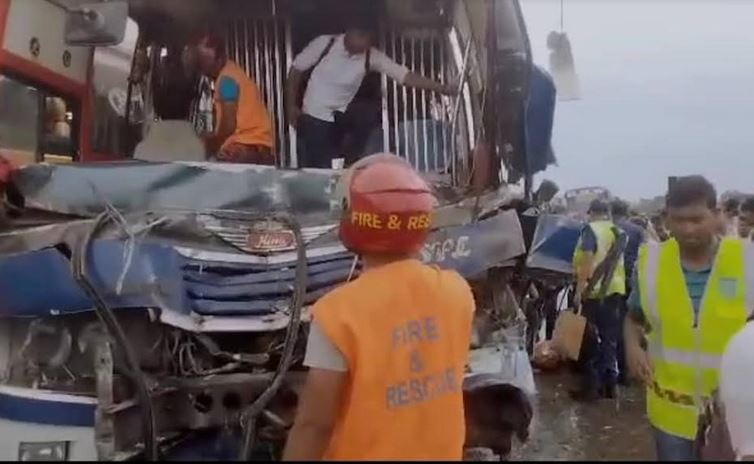 MUNSHIGANJ, August 14, 2022 (BSS) - Two people were killed and 20 others
injured in a crash involving multiple vehicles on Bangabandhu Sheikh Mujibur
Rahman Expressway in Sreenagar upazila of the district this afternoon.

The deceased were identified as Tahosan, 6, hailed from Madaripur district
and Abdul Kuddus, 35, an inhabitant of Munshiganj district.

Officer-in-Charge (OC) of Hasara Highway Thana Md Afzal Hossain said the
accident occurred in Kaotkhali area on the Expressway when a bus hit the
standing passengers as they were going to get another bus, leaving Tahosan
and Abdul Kuddus died on the spot.

The OC mentioned that four vehicles were involved in the crash. Among those,
three buses were seized by the police, he added.