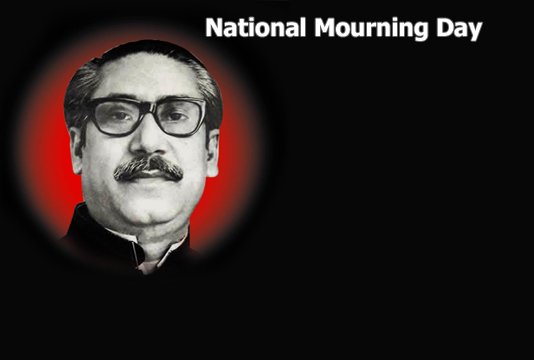 CHATTOGRAM, Aug 12, 2022 (BSS) - All preparations have been completed to observe the National Mourning Day and 47th martyrdom anniversary of Father of the Nation Bangabandhu Sheikh Mujibur Rahman in a befitting manner with due respect.

Chattogram district administration and different socio-cultural and political organizations including Awami League (AL) have chalked out separate programmes to mark the day.

District administration has already approved an official programme in line with the national programme in a virtual meeting held recently at the conference room of Deputy Commissioner (DC) office here.

Omar Faruk, executive magistrate of district administration told BSS that the national flag will be hoisted at half-mast atop all the private and public buildings across the district in the first hours of August 15 as part of the programme.

Wreaths will be placed at the portrait of Father of the Nation Bangabandhu Sheikh Mujibur Rahman at Jilla Shilphakala academy at 9 am on that day.

A discussion meeting on the "life and ideology of Bangabandhu Sheikh Mujibur Rahman" will be held at Shilphakala academy at 10 am on the day.

Chattogram city and district Awami League (AL) has also finalized the programme to observe the National Mourning Day on August 15 in a befitting manner.

The programme was finalized in three separate meetings of Chattogram north, south and port city branch of AL held at the respective party offices last week.

According to the programme, separate discussion meeting will be held on Bangabandhu in different areas of the city and district.

Floral wreaths will be placed at the portrait of Bangabandhu Sheikh Mujibur Rahman, at 6 am on August 15, while national and party flag will be kept half-mast at the top of the party offices.