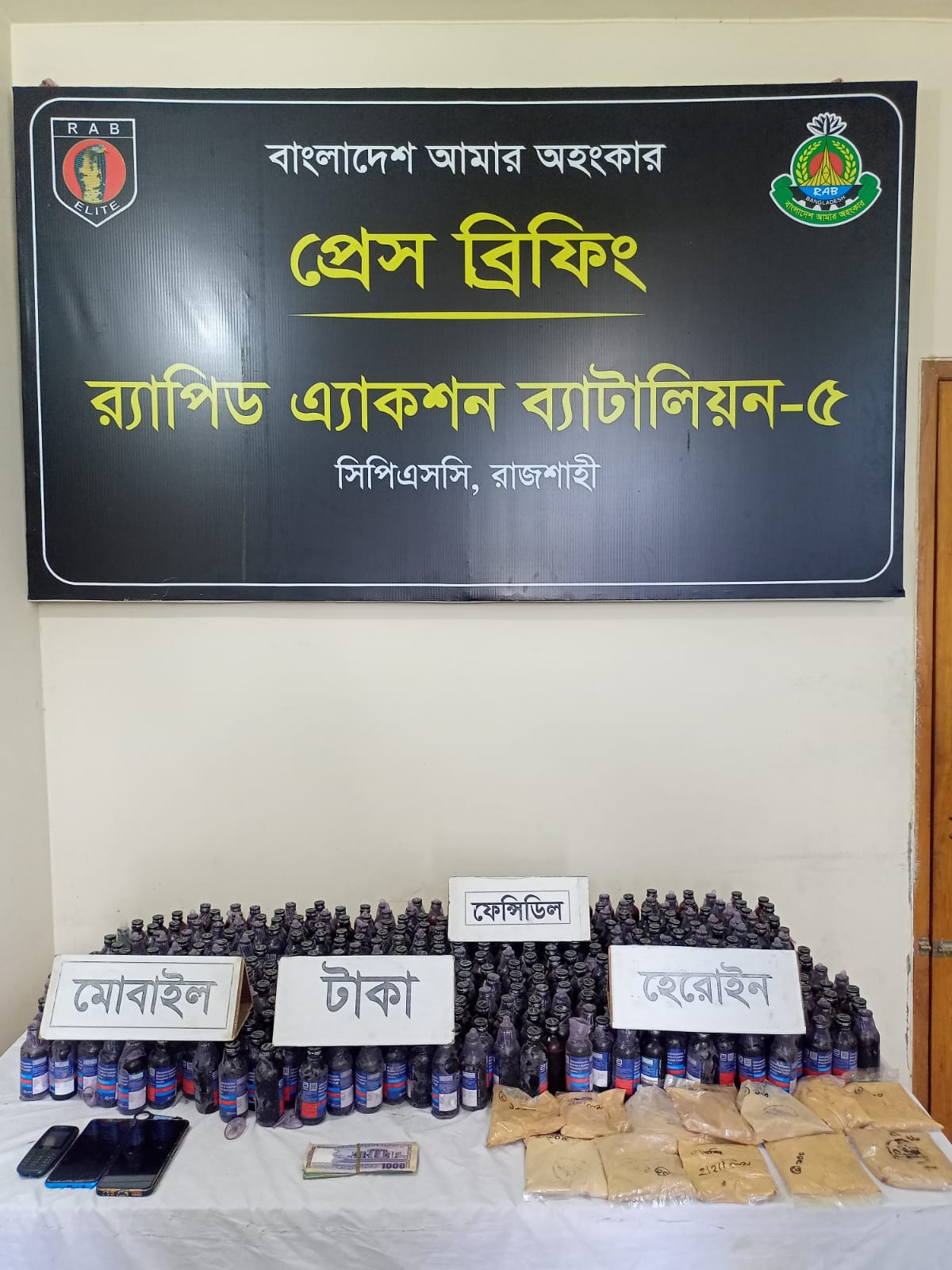 On a tip-off, a team of the elite force conducted a raid in Gopalpur area on
Lalpur-Bonpara road under Lalpur upazila at around 10:30 pm and arrested them
after searching a sand-laden truck.

The team also seized the heroin and phensidyl from their possessions, the RAB
sources added.

The arrested persons along with the seized contraband goods and truck were
handed over to the police this morning.

A case was recorded with Lalpur Police Station.