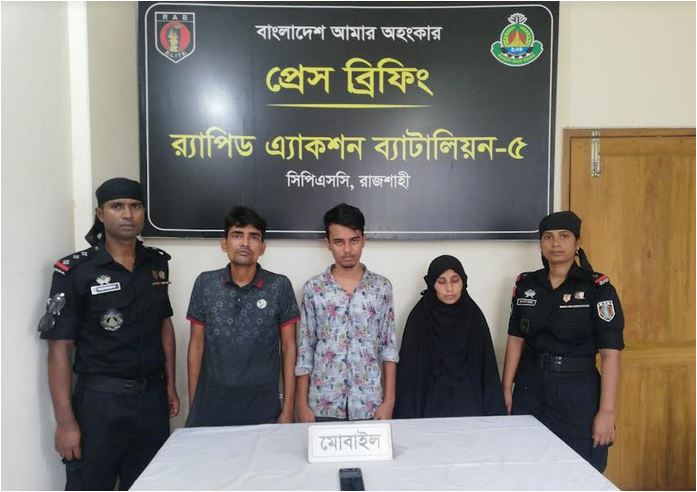 According to a RAB press release here today, the arrested persons were identified as Bishal Ali, 19, his father Masud Rana, 45, and mother Marufa Begum, 40, residents of Sulabhnagar area under Belpukur Police Station of Rajshahi metropolis.
The release added that Bishal Ali used to tease one of his co-villager schoolgirls for the last couple of months frequently.

On June 27 last, the girl went missing on her way to school. Father of the girl had lodged a case with Belpukur Police Station on July 13 last. Failing to get any remedy he lodged a complaint with RAB on August 4.

Subsequently, a team of the elite force conducted a sudden raid at Malshapara area under Sadar Upazila in Sirajganj district and rescued the girl . They arrested the three persons from the spot.