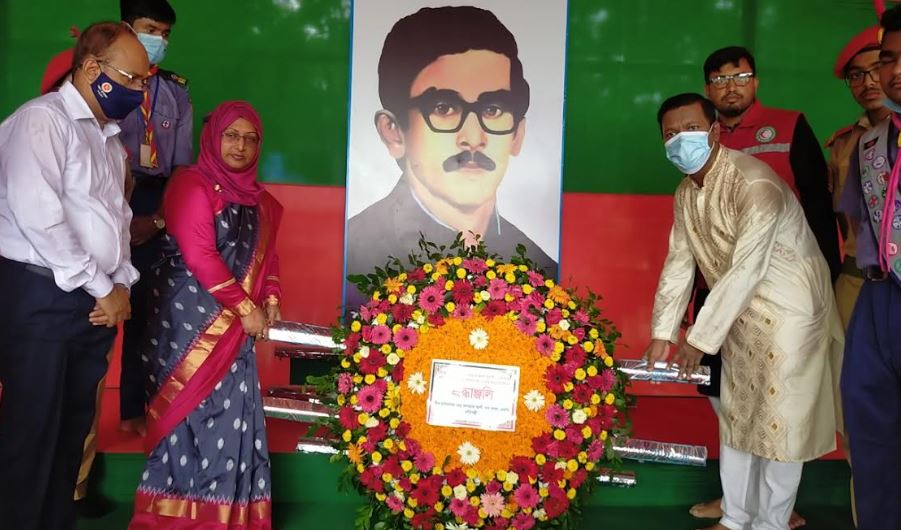 The day's programs were formally started with placing of floral wreaths at
the portrait of Sheikh Kamal on the Mukto Moncha on local Muktarpara ground
here in the morning by deputy commissioner Netrakona Anjana Khan Majlish.


As part of the programs, a discussion meeting on" the life and works of
Sheikh Kamal" was held at the conference room of Netrakona DC office in the
morning under the auspices of district administration.

The speakers paid glowing tributes to the memories of Sheikh Kamal and
highlighted his immense contributions to the country's liberation war and
sports and cultural sectors.


A Quran Khawni and Milad Mahfil were held at Netrakona central Jam-e-Mosque
after Zohr prayer today under the auspices of Islamic foundation Netrakona.

Later, the mahfil was followed by a special prayer at the mosque seeking
blessings of Almighty Allah for eternal peace and salvation of the departed
souls of Shaheed Sheikh Kamal and all the martyrs of the 1975 genocide.

The special prayers were also offered in other mosques , temples, churches
and other places of worships across the district seeking divine blessings for
peace and salvation of the departed souls of Shaheed Sheikh Kamal and other
martyrs of 15th August, 1975 massacre .