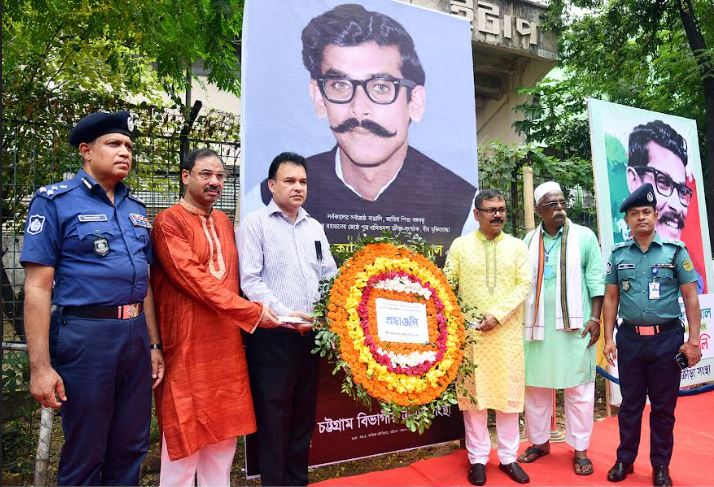 CHATTOGRAM, Aug 5, 2022 (BSS)- The 73rd birth
anniversary of Muktijudda Sheikh Kamal, the eldest son of
Father of the Nation Bangabandhu Sheikh Mujibur
Rahman, was observed in Chattogram and its adjacent
districts in a befitting manner today.

Different sports and socio-cultural and political
organisations, including Awami League (AL), have taken
elaborate programmes to observe the birthday of Kamal,
who was born on August 5, 1949 at Tungipara in
Gopalganj and was a former executive member of the
central committee of Bangladesh Chhatra League.

To mark the day, leaders and workers of the city unit AL
and its associate bodies paid homage to Sheikh Kamal by
placing floral wreaths at his portrait at Darul Fazal Market
of its city AL office around 12:01 am.

They also held a discussion at the party office highlighting
the life and works of Sheikh Kamal. The meeting was
followed by a milad mahfil seeking blessings of the
almighty Allah for eternal peace of the departed soul.

Deputy Commissioner (DC) Md Mominur Rahman,
political leaders, and government officials of the district
placed wreaths at the portrait of Shaheed Sheikh Kamal at
Bangabandhu Mural square in front of the district
administration office around 10 am.

A discussion meeting was also held in the Deputy
Commissioner’s conference room in this regard.

The meeting was followed by a milad mahfil seeking
blessings of the Almighty Allah for eternal peace of the
departed soul.

Later a discussion meeting was held in Mayor Conference
room highlighting the life and works of Sheikh Kamal.

The meeting was also followed by a milad mahfil seeking
blessings of the Almighty Allah for eternal peace of the
departed soul.

Besides, Chattogram north and south district AL also
placed floral wreaths at their respective offices and
chalked out day-long separate programmes to observe the
birth anniversary of Shaheed Sheikh Kamal.