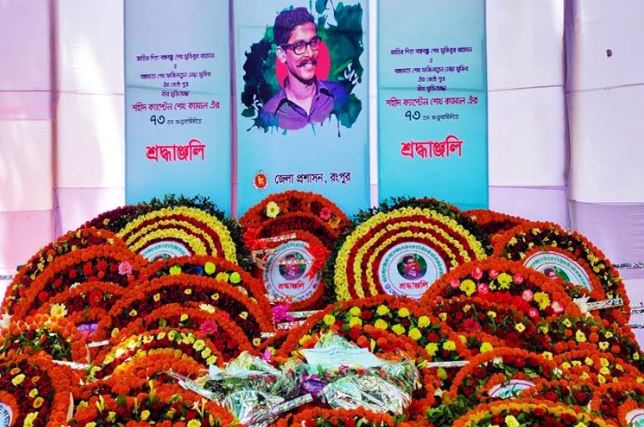 The programmes included wearing of black badges, placing of wreaths at the
portrait of Sheikh Kamal at the 'Sahitya Mancha', observance of one-minute
silence, rallies, distribution of books, cheques and saplings followed by doa
mehfils, special prayers and discussions .

Leaders of the district and city units of Awami League and its associate
bodies paid rich tributes to Kamal by placing wreaths at his portrait and
arranged discussions and doa mehfils at their respective offices in the city.

In the main doa mehfil, divine blessings were sought for eternal peace of the
departed soul of Sheikh Kamal, one of the prominent organizers of the War of
Liberation, heroic freedom fighter and sports and cultural personality.

Sheikh Kamal was born at Tungipara village under the then Gopalganj
subdivision on August 5, 1949.

He embraced martyrdom on August 15, 1975 at the age of 26, along with Father
of the Nation Bangabandhu Sheikh Mujibur Rahman and most of their other
family members.