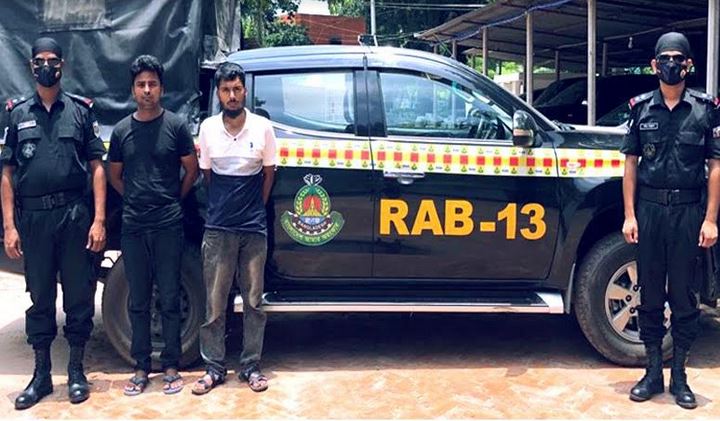 Earlier, the elite force received secret information that some alleged drug
traders were waiting with the contraband heroin at Parbatipur Rail Station
area.

"Accordingly, an operational team of RAB-13 from Rangpur conducted a raid and
arrested the men with the heroin from the spot," said a press release issued
today by Senior Assistant Director (Media) of RAB-13 Flight Lieutenant Mahmud
Bashir Ahmed.

The detainees were identified as Mohammad Ali, 24, and Md Reaz, 30. They are
the residents of Kotwali police thana area in Dinajpur district.

During interrogation, the detainees admitted their involvement in drug
trading in connivance with her other cohorts for a long time.

"After filing a case against the arrested persons in this connection, the
elite force handed over them to Parbatipur Railway police station in
Dinajpur," the release said.