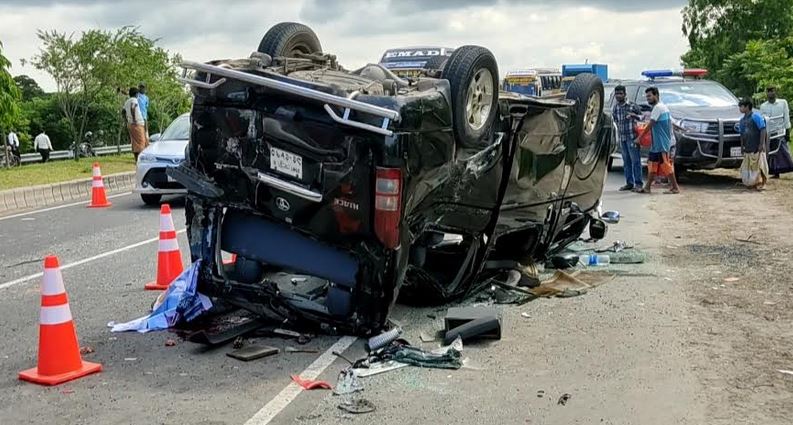 SHARIATPUR, July 2, 2022 (BSS) - A visitor was killed as a passenger bus hit a microbus near the toll plaza at Jazira point in the Padma Bridge area today.

The deceased was identified as Abdul Haque Mollah, 60, hailed from Kishoreganj district. He went to see the Padma Bridge boarded on the microbus. Fifteen others microbus passengers were injured in the accident.

Police said the accident occurred around 2.45pm as the microbus overturned on Dhaka-Mawa-Bhanga Expressway near Jazira end. Abdul Haque Mollah died on the spot.