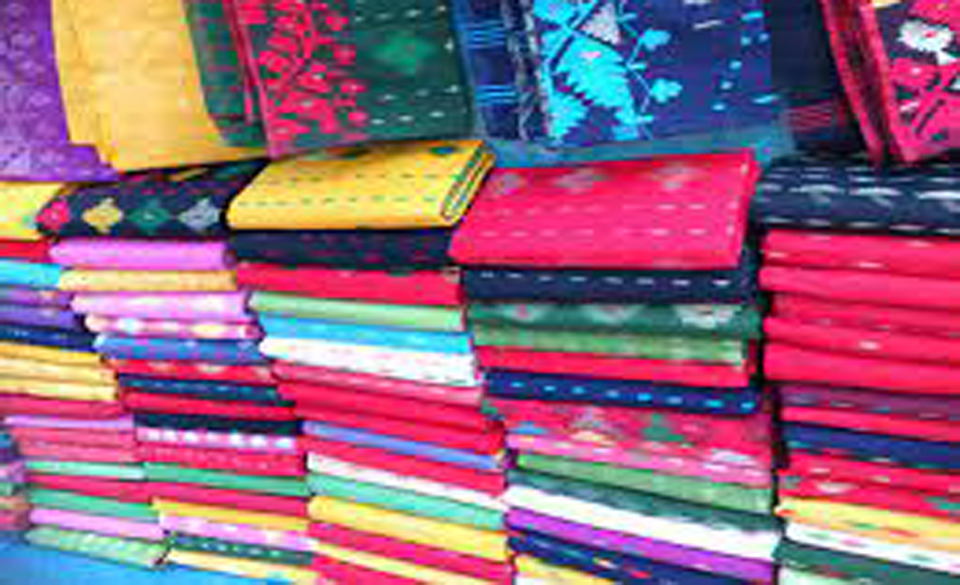 The weavers for better earning are very busy before the Eid when demand of their produced products increases in the aristocrat markets of the capital city and other major markets in the country.

Seeing the profit of Rafiqul and demamd of Jamdani Shari, a number of people in the union started weaving it.

At present, there are 60 Jamdani weaving factories in Doalotpur union and over 300 workers including weavers working in Jamdani factories in the union.

Abu Based of Doalotpur union said he has set up ten Jamdani Shari weaving factories for generating employment for many poor families.

Before Eid, the weavers are working day and night for more income, he said.

He also said being expanded Jamdani weaving industry, many women in different villages of the union have won poverty to dream better future for their children and are contributing to building a middle income nation

Each of shari is being sold at 5000 to 20000 while the shari made by more skillful hands is sold at higher prices of up to Taka 50000 in the aristocrat capital city markets .

Sources said most of the women in Doalotpur village and neighborhoods have now become skilled to decorate Jamdani shari with ornamental stitching and are earning Taka 2000 to 2500 weakly and up to Taka 3000 to 4000 before the Eid festival.

Successful Craftswomen Salma, Anwara and Bilkis said they have achieved self-reliance through ornamental needlework in the Jamdani shari factories.
They said they earn Taka 8000 to 10000 monthly and 12000 to 15000 in the Eid season.