UP’s role is vital to achieve SDGs in bangladesh 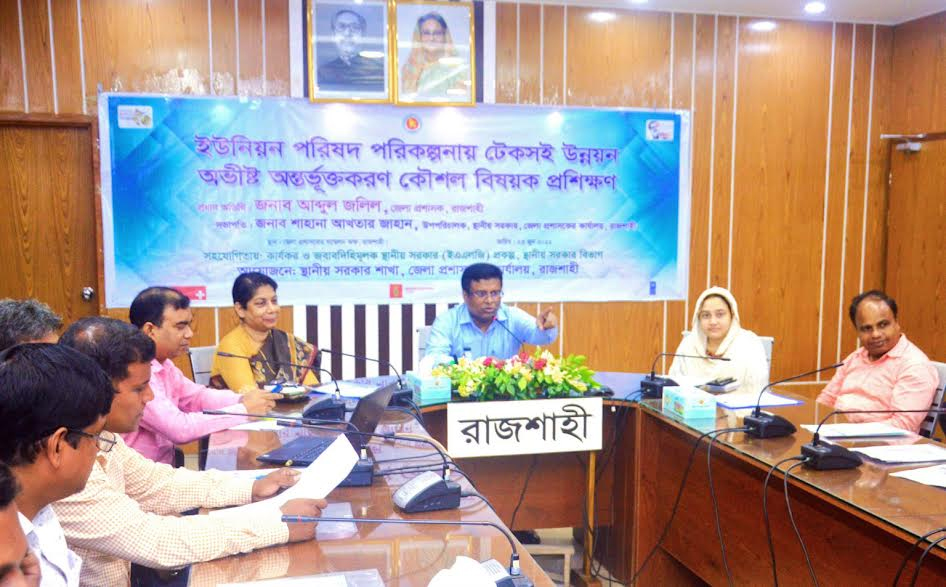 RAJSHAHI, June 23, 2022 (BSS) - Effective and meaningful function of Union Parishads (UPs) can be the best way of achieving Sustainable Development Goals (SDGs) as the fourth-tier of the local government institutions is very important among others concerned in the country.

Utmost emphasis should be given on inclusion of SDG issues in UP planning so that the grassroots people are familiarized with the issues and can contribute to this field spontaneously.

Officials of the district administration and experts came up with the observation while addressing a training programme styled "Tactics of Incorporating SDG Issues in UP Planning" held at the conference hall of the Deputy Commissioner (DC) here today.

The meeting also reviewed the progress of the EALG project which is being implemented in two upazilas and eight UPs in the district.

The workshop was told that large-scale implementation of Union Parishad (Local Government), Law 2009 has become crucial to materialize Bangabandhu’s Sonar Bangla. To this end, each and every UP Chairman must arrange ward meetings regularly thereby hopes and aspirations of the grassroots population can be reflected.

He stressed the need for strengthening local government institutions for strong democracy and its institutionalization at the grassroots level.