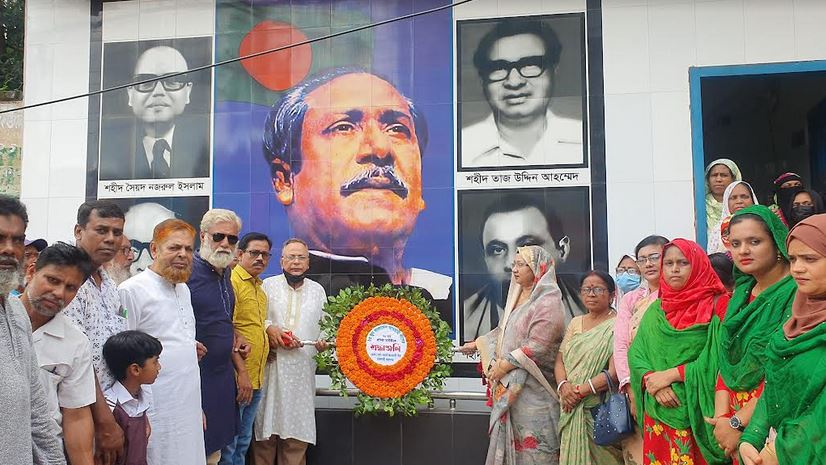 To mark the day, Rajshahi city unit of the party paid glowing tributes to
Father of the Nation Bangabandhu Sheikh Mujibur Rahman by placing wreaths on
his portrait and four national leaders in front of the party office.

Speaking on the occasion, the leaders unanimously mentioned that Awami League
is not only the oldest and largest political party in the country but also an
incarnation of the mainstream democracy and secular ideologies.

The present government has been working relentlessly to improve the living
and livelihood condition of the public in general through implementing need-
based programmes.

Shaheen Akhter Rainy called upon the party leaders and workers to be united
for further strengthening the hands of Prime Minister and AL President Sheikh
Hasina to take the nation forward successfully.

District unit of the party brought out a jubilation rally in the Chamber
Bhaban area to mark the day.

Marking the day, Vice-chancellor (VC) Professor Golam Sabbir Sattar
accompanied by Pro-vice-chancellors Prof Chowdhury Jakaria and Prof Sultan-
Ul-Islam and scores of teachers, students and staff brought out a rally in
the campus.

They also placed wreaths on the portrait of Bangabandhu Sheikh Mujibur Rahman
paying rich tribute to him.