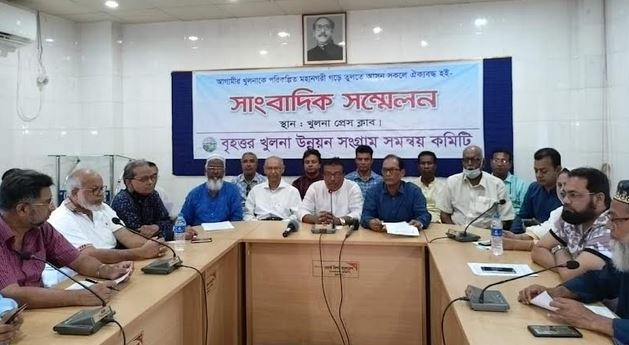 KHULNA, May 28, 2022(BSS) - Leaders of Greater Khulna Development Action Coordination Committee (GKDACC) today announced that they will bring out a mammoth jubilant procession on June 22 ahead of the grand opening of the long cherished Padma Bridge.

Thousands of people of all walks of life and the leaders of all professional bodies including political parties are expected to join the rally, declared Sheikh Mohammad Ali, Secretary General of GKDACC at Journalist Humayun Kabir Balu auditorium at Khulna Press Club while addressing a press conference.

"We will organize several view exchange meetings with different socio-cultural, professional bodies and political parties in southern districts from June 1," he said.

Expressing facilitation, gratitude and thanks to Prime Minister Sheikh Hasina for completion of the Padma Bridge, the GKDACC leaders hoped after grand opening of much awaited Padma Bridge, regional discrimination will be reduced in south -western region as well as to build new factories and industries to create employments, socio-economical development and to increase country's GDP.

Using of the Mongla and the Payra Sea Ports, Benapole, Bhomra and Dharshana Land Ports necessity will enhance of the Bridge, the leaders said, adding that a revolution will be occurred of the country's roads communication sector.

Remembering their agitation during BNP-Jamat government regime for implementation of the Padma Bridge, the GKDACC leaders will be given facilitation and gratitude memorandum to Prime Minister Sheikh Hasina through Deputy Commissioner (DC) Khulna very soon.