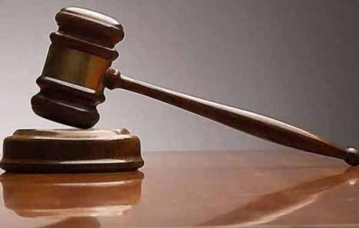 THAKURGAON, May 25, 2022(BSS) - A court here today sentenced a man to life term imprisonment for raping a female student in the district in 2010.

The convict was identified as Asaduzzaman Alias Rizvi, 33, son of late Nurul Islam of Cornite village in Ranishankail upazila of the district.

According to the prosecution story, the victim, who was the student of a polytechnic institute, used to live in a female mess in Gobindnagar area of the municipality.

Rizvi took the female student to a residential hotel at Ranisankail upazila and raped her on May 27, 2010.

On May 29, the victim's father filed a rape case with Ranisankail Police Station accusing Rizvi.

Police submitted a charge sheet to the court.

After examining the documents and witnesses, the judge handed down the verdict.