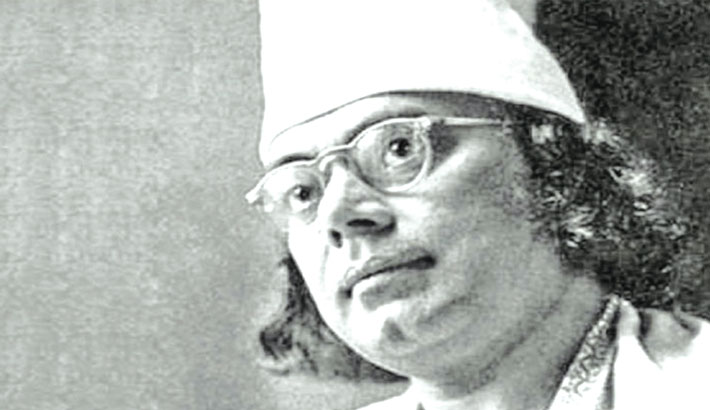 CHATTOGRAM, May 25, 2022 (BSS) - People from all walks of life today paid rich tributes to the national poet Kazi Nazrul Islam on the occasion of his 123rd birth anniversary.

In this connection, a discussion was held at Shilpakola Academy this evening. Divisional Commissioner Mohammad Asharf Uddin attended the programme as chief gust, while Deputy Commissioner (DC) of Chattogram Mohammad Mominur Rahman presided over it.

Marking the day, teachers, students, officers and employees of the Chitagang University (CU) led by its Vice Chancellor Dr Shirin Akter joined a procession on the Campus.

Different organizations of the university, including the CU teachers’ association and administration of residential halls, also placed wreaths.

Speaking on the occasion, the speakers said the poet visited Chatogram in 1926, 1929 and 1932 and its different types of hills, sea, waterfalls and natural beauties greatly influenced the works of Nazrul.

They said Nazrul was the source of inspirations in country’s all national movements ranging from anti-British movement to Language Movement and the Liberation War of the country. His poetry, songs and other literary works greatly inspired the teeming millions, they added.

“Greatly appreciating his immense contributions, Father of the Nation Bangabandhu Sheikh Mujibur Rahman declared him as the National Poet of the Independent Bangladesh and brought his family to Bangladesh”, they added.