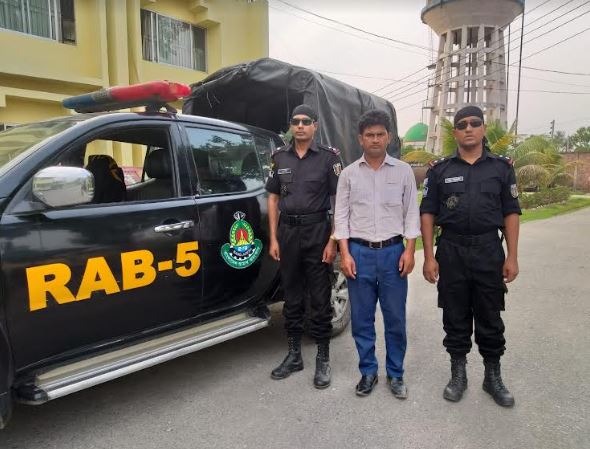 The arrested person was identified as Rafiqul Islam, 28, son of Badsha Mian,
a resident of Chhotodhadas in Belpukur Police Station in the district, said
RAB sources here this morning.

On a tip-off, a team of the elite force conducted a drive in Sagarpara
village under Bagha Upazila around 11.50 pm and arrested the person, they
said.

The RAB-5 team led by its company commander Farhad Hossain seized two one-
shooter guns from his possession.

A case was filed with Belpukur Police Station in this connection and the
arrested person along with the seized firearms was handed over to the police
this morning.

Another team of the elite force detained an alleged drug-peddler identified
as Saidul Islam, 37, son of late Nabir Uddin of Mazardia village of Ishwardi
Upazila in Pabna district, with 1,500 drugs-pills after conducting a raid at
Gopalpur Railgate area in Lalpur Upazila of Natore district last night.