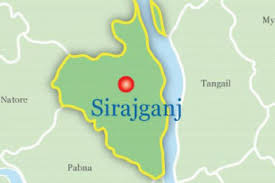 SIRAJGANJ, May 16, 2022 (BSS)- A motorcycle rider was killed in a road
accident on the Bogura-Pabna highway in Patdhar area under Salanga Thana in
the district this morning.

The deceased was identified as Abul Kalam, a resident of Chakchaubila village
under Salanga Police Station. He was the second officer of Grameen Bank's
Kusumbi branch in Sherpur-Bogura zone area.

They rushed him to Sirajganj 250-bed Bangamata Sheikh Fazilatunnesa Mujib
General Hospital where on-duty declared him dead, he added.

It was not immediately clear how the accident happened, the OC told BSS this
evening.