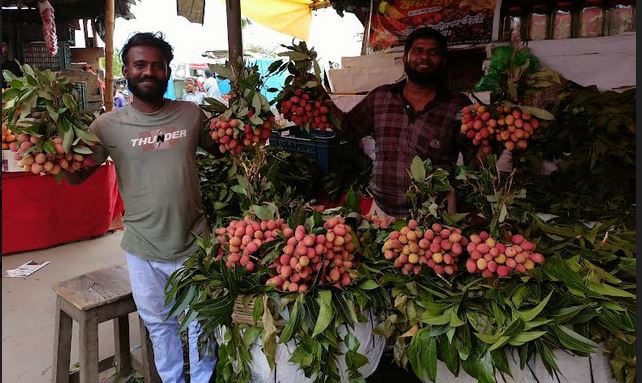 KHULNA, May 16, 2022 (BSS) - With the beginning of the Bangla month of Jyestha, commonly known as "Modhumash", the juicy fruit litchi and mango have started appearing in the local markets including Khulna city and its adjacent areas.

The fruit shops of Khulna are now brimming with the delicious summer fruits. The price of litchis and mangoes are within the grasp of customers amid bumper production, with high demand in the city markets.

During a visit to several fruit retailers in the city today, this reporter found different varieties of mangoes like Gopalvog and Gobinda are being sold at Taka 100 to Taka 120 per kg and Bombay selling at Taka 120 to Taka 130 per kg. People are seen purchasing mango and litchi in different makeshift markets in the city.

Meanwhile, varieties of litchi, including Bombai, Bedana and China-3, were seen selling at reasonable prices.

The sellers said the price is high as the supply is scanty but the price will be reduced to some extent when the supply will be enhanced within the next couple of days.

Trader Ibrahim Mia at the Boro Bazar area said today that many farmers are harvesting immature litchi with the hope of getting more money. Akram Uddin, a customer expressed his satisfaction over the litchi prices.

Another customer, Touhidul Islam Tuhin, said "The prices are satisfactory, thanks to the large quantities of fruits in stock. I hope the prices stay like this."

The customers also demanded that the relevant authorities monitor and take proper measures if traders are found using harmful chemicals, such as formalin, to keep fruits from rotting.

As the seasonal fruits have started hitting the market, people are in fear about having formalin-free fruits. Fruits laced with formalin cause various diseases, including respiratory problem, asthma, gastric and cancer.