Youth to die for killing businessman in Rangpur 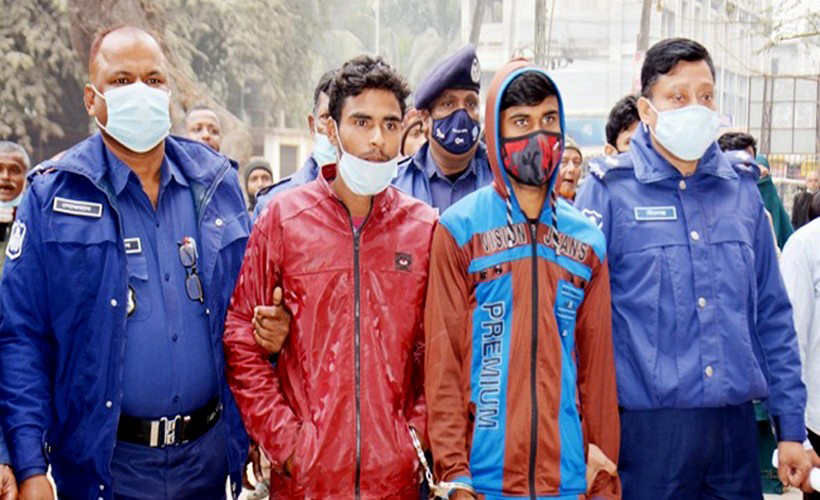 RANGPUR, Jan 26, 2022 (BSS) – A court here today sentenced a youth to death and another to life term in prison for murdering a businessman in Pirgachha upazila of Rangpur three years ago.

The court acquitted another youth as the prosecution could not prove the charges brought against him.

Judge of the Additional District and Sessions Judge Court-2 of Rangpur Md Tarikh Hossain handed down the sentence in his courtroom in presence of the convicts.

Convict Mehedi Hasan Sagar, 25, of Deuti village in Pirgachha upazila of Rangpur was sentenced to death while convict Shakil Mian, 25, of the same village got life term imprisonment.

Prosecution says Jewel Rana, 28, of nearby Mekura Madhyapara village had his own tractor to cultivate crop lands.

Jewel rented the tractor and drove that as well.

He had a dispute with the accused persons over sand extraction from the river Ghagot.

Jewel left his home in the evening on April 26, 2018, riding on a motorcycle and never returned.

The next morning, police recovered his body buried in a corn field on the bank of the river Ghagot in nearby Mekura Pathantari village.

Police submitted a charge sheet to the court against the four accused persons after investigation into the case.

After hearing of the case, the court handed down the verdict this afternoon sentencing accused Sagar to death and sentenced Shakil to life term imprisonment.

Besides, the court acquitted Malek from the charges brought against him.