Man gets 14-yr jail for cyber crimes in Natore 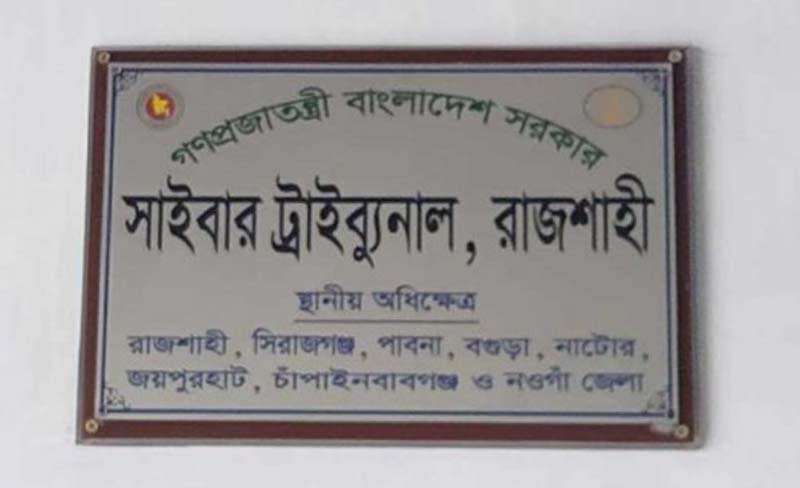 RAJSHAHI, Jan 26, 2022 (BSS) - A trial court here today convicted a person and sentenced him to fourteen years behind the bar on charge of his involvement in cyber crimes in Natore district around seven years back.

The court also fined the convict, Al Amin alias Akil, a resident of Chandai village under Boraigram Upazila in Natore, Taka ten lakh, in default, to suffer one year more in jail.

Rajshahi Divisional Cyber Tribunal Judge Ziaur Rahman found the accused guilty of the charge and handed down the verdict this noon. The accused was tried in absentia.

Public Prosecutor of the tribunal Ismat Ara told the journalists that a case had been lodged with Boraigram Police Station against Al Amin Akil related to his involvement in cyber crimes in 2016.

Referring to the prosecution story, Ismat Ara said the sexagenarian man physically abused two adolescent girls side by side with spreading videos of the misdeeds in social media in 2015.

Upon completion of investigation police pressed charges against him.

After examining recorded depositions of the enlisted prosecution witnesses and other relevant evidence the tribunal pronounced the verdict.