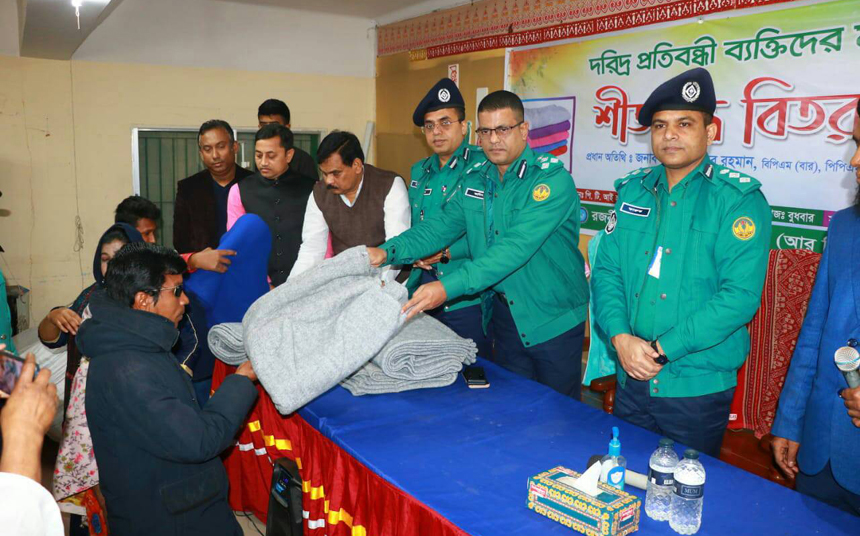 Speaking on the occasion, Anisur Rahman said the RMP always remains beside people in their need side by side with maintaining law and order in the metropolis. Such type of humanitarian assistance will continue in the days to come.

He also said the present government under the dynamic and visionary leadership of Prime Minister Sheikh Hasina has been extending need-based support to mitigate the existing plights of the cold stricken people.

He also urged the richer sections of the society and other volunteer and philanthropic organizations and corporate bodies to stand beside the cold-hit people in the region with helping hands.

Earlier on January 17 last, the RMP distributed blankets among 300 poor and destitute people on its Chandrima Police Station premises.