Three get life term imprisonment for killing man in Pabna 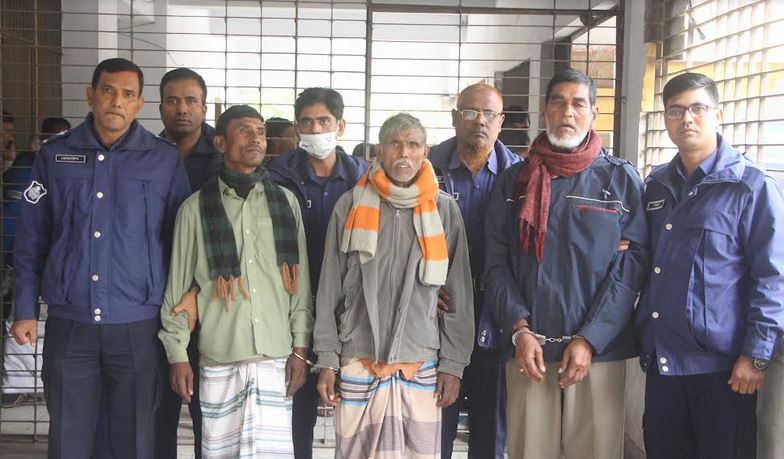 PABNA, Jan 23, 2023 (BSS) - A court here today sentenced three people to life term imprisonment for killing a man in Sadar upazila of the district in 2008.

The court also fined them Taka 20,000 each, in default, they will have to suffer more six months imprisonment in jail.

According to the details of the case, the accused had a dispute with the victims Mahatab Gong over various issues of Dighi Gohail Bari Government Primary School. On March 16, 2008, around 11 am, the then Upazila Primary Education Officer went to the school to resolve the dispute, and a phase of the dispute between the two groups involved in a conflict and Mahatab Uddin was injured in the clash.

Later, he was admitted to Pabna General Hospital and he died while undergoing treatment there.

Abu Bakr Siddiqui, the nephew of the victim, named 12 people as the plaintiff and filed a case with 15 to 20 unknown people.

After examining the record and witnesses, the court found three people guilty and nine people were acquitted.