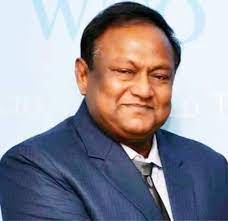 DHAKA, Nov 28, 2022 (BSS) - Commerce Minister Tipu Munshi today said that the people of Bangladesh are now getting benefits of the stimulus packages awarded earlier to offset the shocks of the COVID-19 pandemic.

He said that the government of Bangladesh, under the dynamic leadership of Prime Minister Sheikh Hasina, has become successful through undertaking massive programme through the stimulus packages awarded to make a socio-economic recovery from the shocks of the pandemic.

The Commerce Minister said this while addressing the 38th commerce minister-level meeting at the Standing Committee for Economic and Commercial Cooperation of the Organization of the Islamic Cooperation (OIC) held at Istanbul in Turkey today.

Tipu mentioned that the digital system including the mobile banking services have yielded better outcomes and thus become popular in the country in order to materialize the short-term, mid-term and long-term plans under the different social safety nets, said a Commerce Ministry press release.

He said that the government has been implementing some 28 stimulus packages in order to improve the economic capacity of the commoners.

The Commerce Minister also said that food stuffs are being distributed among the people free of cost and also at lesser price under the "No one will go hungry" programme of the government.

Mentioning that houses are being built for the homeless people across the country marking the centenary birth celebration of Father of the Nation Bangabandhu Sheikh Mujibur Rahman, he said through implementation of such programme, the economic and social capacity of the people of Bangladesh would be ensured.

The release said the theme of the session of COMCEC was "Effective Social Assistance Provision and Socioeconomic Empowerment in the light of COVID-19 Pandemic."

The Commerce Minister is leading a three-member delegation at the conference.