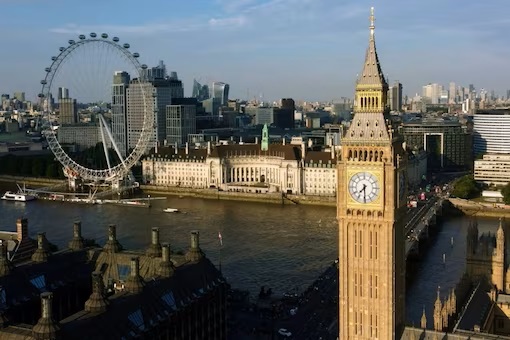 LONDON, Nov 25, 2022 (BSS/AFP) - Britain's government insisted Thursday that Brexit would pay off, even as new figures showed record levels of immigration and asylum claims six years after the country voted to quit the EU.

Net migration into the UK -- the number of people arriving to start new lives, minus those leaving -- stood at 504,000 in the 12 months to June, the Office for National Statistics (ONS) said, up sharply from 173,000 in the previous year.

That was driven by "unprecedented" world events including the war in Ukraine, the resettlement of Afghan refugees, and a new visa route for UK passport holders living in Hong Kong, according to the ONS.

The figures risk complicating the political debate over immigration after Britain voted to leave the European Union, in a backlash against the free movement of people across the bloc.

New economic projections have shown Brexit causing a major, long-term hit to the UK economy, and the migration data undermine another key plank of the "Leave" campaign's platform.

But Hunt said that on both points, it was too early to write off the Brexit project even after controversy erupted over a leaked report that claimed he and Prime Minister Rishi Sunak want to forge a closer, "Swiss-style" partnership with Brussels.

Hunt -- who voted to remain in the EU in the 2016 Brexit referendum -- on Wednesday denied he was the source of the Sunday Times report.

"But people understand that if we want to reduce that need for migration over the longer term, we have to invest in skills," he told Sky News.

Hunt said his austere budget plans announced last week would help "forge a different economy outside the European Union -- high skill, high wage, the world's next Silicon Valley, and with our own regulations".

"And I believe we can do that because I think we've got an incredible country," he added.

Anti-EU "leave" campaigners based their Brexit campaign on a promise to "take back control" from Brussels.

But ahead of the latest migration figures, interior minister Suella Braverman on Wednesday admitted the government had "failed to control our borders".

The hardline Brexiteer vowed anew to tackle the issue of record numbers of migrants crossing the Channel from France.

But she struggled to explain to MPs how would-be asylum seekers fleeing war and persecution could now enter Britain legally.

Meanwhile, her ministry on Thursday released annual statistics showing more than 140,000 asylum seekers are now awaiting a decision -- an increase of over 20,000 in three months.

Interior ministry figures for the year to September show there were 143,377 asylum applications needing determination, of which 97,717 had been waiting for over six months.

Some 85,902 people had applied in that year-long period, the highest number for almost two decades and almost double the number in the year to September, 2019.