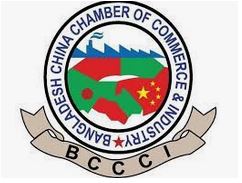 DHAKA, Sept 25, 2022 (BSS) - A Memorandum of Understanding (MoU) was signed between Bangladesh China Chamber of Commerce & Industry (BCCCI) and the Chinese Enterprises Association in Bangladesh (CEAB) yesterday at the Bangabandhu Bangladesh-China Friendship Exhibition Center at Purbachal in the capital.

The MoU was signed for forging closer cooperation to enhance trade and economic relations between the two countries through further closer business networking among Chinese enterprises and local suppliers.

The areas of cooperation include enhancing communication and cooperation between the two organizations, devote themselves to build 'Sonar Bangla' (Golden Bangladesh) at the earliest time, and promote the Belt and Road Initiative (BRI) of China, development.

The other areas of cooperation are to build a trade relationship that extends businesses and facilitate business in addition to promoting cultural exchange, friendship and commerce between each member enterprises, to form a Joint Task Force (JTF) and incorporate a joint forum to exchange views and ideas.

The other key areas of cooperation include enhancing communication with the related departments of Bangladesh government, Chinese Embassy to Bangladesh, and other government bodies, enhancing interaction with other domestic and foreign Chambers of commerce/Associations/Organizations and Trade bodies, ensuring management and supervision of the members of the two organizations to understand, abide and be bound by the related laws and regulations, inviting each other to attend related forums, events and activities.

The MoU, which will remain valid initially for one year, was initiated by Al Mamun Mridha, acting general secretary of BCCCI and Han Jingchao, vice president of CEAB on behalf of their respective organizations.