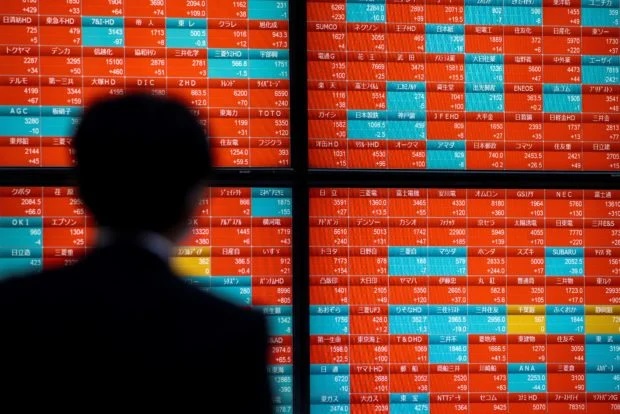 With price rises showing no solid sign of letting up, monetary policymakers have gone on the offensive, warning that short-term hits to economies are less painful than the long-term effects of not acting.

The Federal Reserve's decision Wednesday to lift borrowing costs by 0.75 percentage point for a third successive meeting was followed by a warning that more big rises were in the pipeline and that rates would likely come down only in 2024.

There were similar moves by central banks in other countries including Britain, Sweden, Norway, Switzerland, the Philippines and Indonesia -- all pointing to a dark outlook for markets.

Wall Street extended losses Friday, with the Dow finishing at its lowest level since November 2020, while European equities sank in afternoon deals and Asia finished lower.

"A negative end to the week in Asia, and Europe has quickly followed as the prospect of much more tightening and a recession weighs on sentiment," said Craig Erlam, analyst at trading platform OANDA.

The British pound tumbled to a 37-year low under $1.10 as a tax-cutting budget sparked public finance concerns while recession fears mounted.

"Equity markets are also plunging on concerns that this (UK) package could further push inflation even higher, and thus make it more difficult to bring back down," said Michael Hewson, chief market analyst at CMC Markets UK.

"Sterling is in the firing line as traders are turning their backs on all things British. There is a creeping feeling the extra government borrowing that is in the pipeline will severely weigh on the UK economy," added David Madden, market analyst at Equiti Capital.

In the eurozone, recession fears deepened as data showed its economic activity fell once again in September.

The S&P eurozone PMI dropped to 48.2 in September -- with a score under 50 representing economic contraction.

He added that falling UK business activity this month indicates that the British economy is likely already in recession.

Recession fears also caused oil prices to fall, with the main US contract, WTI, finishing below $80 a barrel for the first time in seven months.

Traders were keeping a close eye as well on developments following the Japanese finance ministry's intervention to support the yen, after it hit a new 24-year low of 146 against the dollar.

The first such intervention since 1998 helped strengthen the yen but it remained above 140.

Analysts warned the move was unlikely to have much long-term impact and the yen remained vulnerable owing to the Bank of Japan's refusal to tighten policy -- citing a need to boost the economy.

Tokyo - Nikkei 225: Closed for a holiday