Tokyo stocks open down after US sell-off, eyes on BoJ 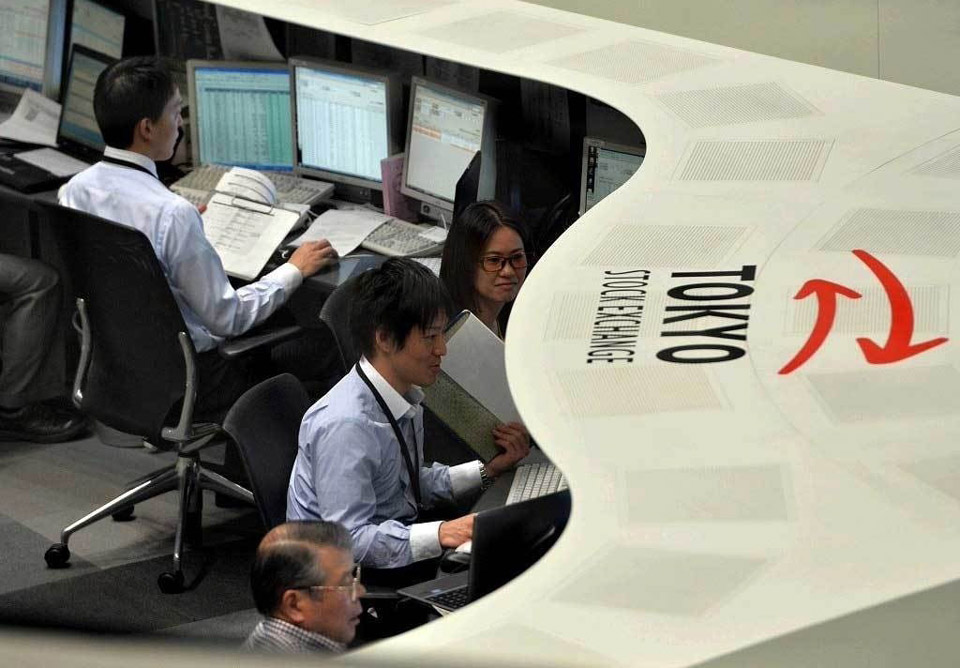 The Bank of Japan (BoJ) will wind-up a two-day policy meeting and announce
its decision later in the day, with governor Haruhiko Kuroda speaking to
reporters afterwards.

"For the BoJ, we think a policy shift is coming... but if so, then more
likely out of the end-October meeting," senior strategist Ray Attrill of
National Australia Bank said in a note.

The BoJ may make a slight change in "the language on inflation" in the
upcoming statement, for example saying recent price increases are no longer
seen as temporary, he added.

The Fed announced another 0.75 percentage point hike on Wednesday as it looks
to tame inflation, which sitting at a 40-year high.

US stocks climbed ahead of the announcement but they gyrated after the Fed
statement, before taking a final decisive push lower during Chair Jerome
Powell's news conference.

The announcement also boosted the dollar against the euro and sterling.

Among major shares, SoftBank Group dropped 1.83 percent to 5,353 yen after
reports said it will begin talks with South Korean electronics conglomerate
Samsung over a strategic alliance for its chip unit Arm.

Toshiba rose 1.59 percent to 5,165 yen. That came as a report said state-
backed Japan Investment Corp will dissolve a partnership with a Japanese
private equity firm and instead seek to join hands with US fund Bain Capital
on a joint bid for Toshiba's restructuring.