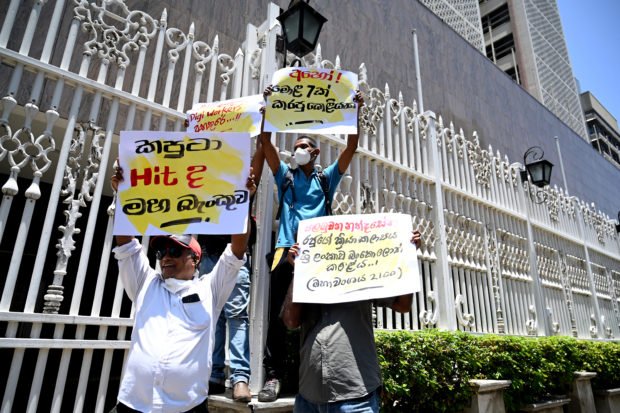 COLOMBO, Aug 18, 2022 (BSS/AFP) - Sri Lanka's economic meltdown will result in a record contraction of at least eight percent this year but the public could soon expect some relief from runaway inflation, the head of the country's central bank said Thursday.

The island nation defaulted on its $51 billion foreign debt in April and is seeking an International Monetary Fund bailout after months of food, fuel and medicine shortages.

Its 22 million people have also suffered through lengthy blackouts and spiralling cost-of-living pressures after scarcity and a currency crash drove up prices.

The Central Bank of Sri Lanka had already projected the economy could shrink a painful 7.5 percent for the calendar year, dwarfing the previous record 3.6 percent contraction in 2020 as the pandemic raged.

"But now we think it will exceed 8.0 percent," governor Nandalal Weerasinghe told reporters in Colombo.

He said inflation -- officially running at 60.8 percent -- will peak at "about 65 percent" in September, followed by a gradual easing caused by lower demand and improvements in supplies.

The foreign exchange shortage that sparked the economic crisis had eased thanks to better currency inflows and lower imports, he added.

"We are now able to finance the most essential imports such as petrol and diesel and medicines," Weerasinghe said.

At the peak of Sri Lanka's fuel shortages, motorists had to wait for days and sometimes weeks to top up, but strict fuel rationing has shortened queues.

Months of protests over the collapsing economy culminated in the resignation of president Gotabaya Rajapaksa, who was forced to flee his official residence after it was stormed by a huge crowd last month.

Rajapaksa is accused of mismanaging the island nation's economy to the point where it was unable to finance even the most essential imports.

He has since travelled to Thailand and close associates have said he was desperate to return home, where he faces corruption charges that had been suspended because of his presidential immunity.

The political upheavals last month stalled talks with the IMF, but a delegation from the international lender of last resort is expected in Colombo before the end of August.

Weerasinghe said he was hopeful authorities would finalise a staff-level agreement with the Fund later this month ahead of a formal bailout deal.