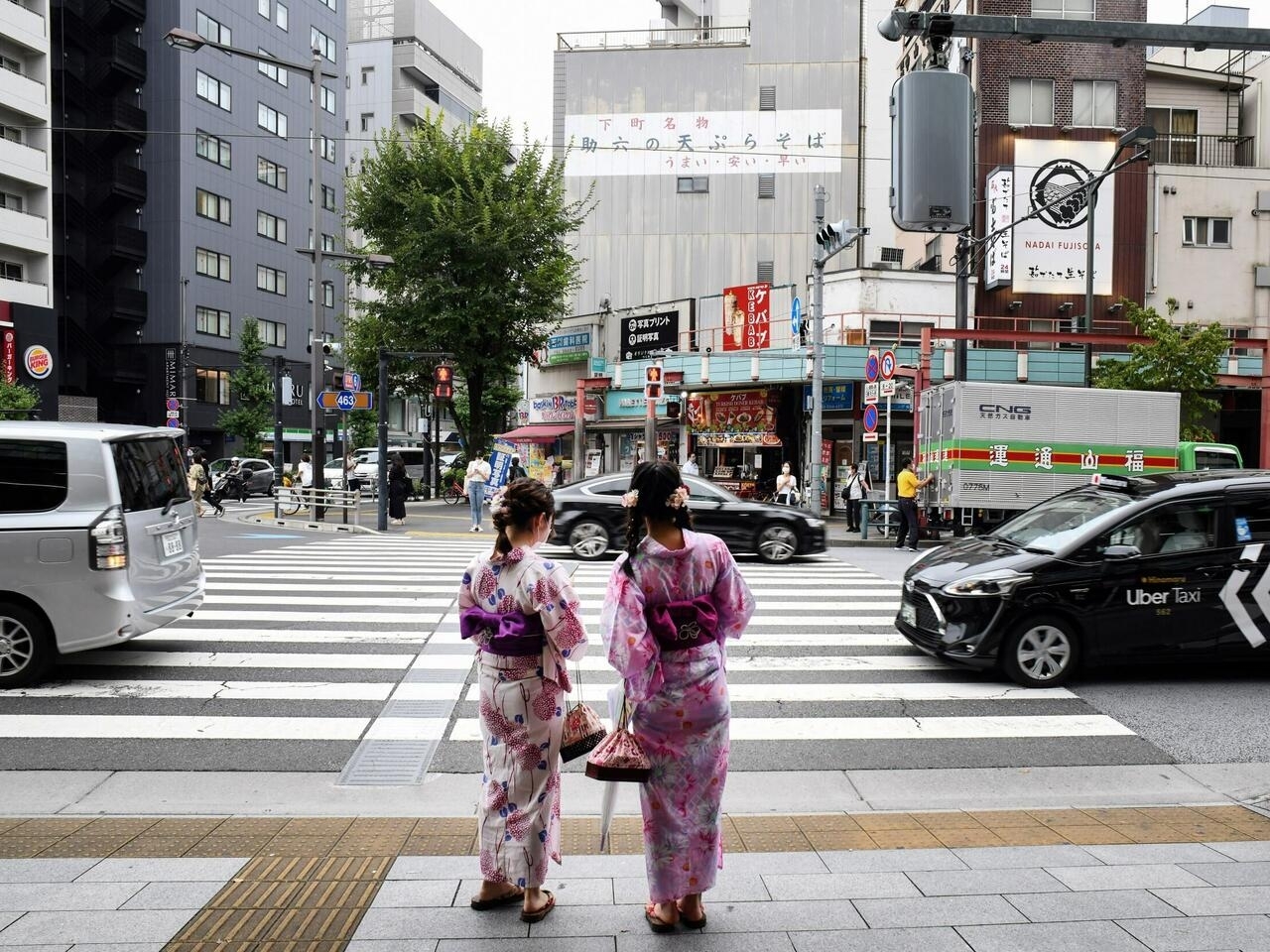 The world's third-largest economy grew 0.5 percent quarter-on-quarter due to stronger consumption and capital investment, but the rise was below market expectations of 0.7 percent.

Inbound tourism remains limited to group tours, however, and the economy is facing headwinds -- from the energy price crisis to fears of a global recession fuelled by biting inflation.

From April to June, private consumption grew 1.1 percent compared with the 0.3 percent registered in the January-March quarter, according to the data released by the Cabinet Office.

Capital spending expanded 1.4 percent, compared with a 0.3 percent contraction in the previous quarter.

"After the government lifted a quasi-state of emergency in late March, consumption of services showed a relatively strong rebound, while capital investment returned to growth," BNP Paribas said in a note issued before the GDP data.

The data is preliminary, and GDP figures are often revised in later months.

In May, the Cabinet Office reported that the economy shrank slightly in the first quarter of 2022, but on Monday, this was revised to zero percent. That means no change was observed following a modest rebound in the final quarter of 2021.

Consumer prices are rising in Japan, although not at the blistering rate seen in the United States and many other major economies.

The Bank of Japan sees the price rises as temporary and is sticking to its long-held monetary easing policies in a bid to achieve stable growth, a decision that has caused the yen to plummet to 24-year lows against the dollar.

Supply chain disruption caused by Covid-19 lockdowns in China and sky-high energy costs due to the war in Ukraine have also created a challenging environment for growth.

"We now think the economy's recovery is less impressive than we had expected at the end of last year, with an unexpected resurgence of Covid-19 infections at the beginning of this year and now," Masamichi Adachi and Go Kurihara of UBS said in a statement ahead of the data release.

Japan is currently experiencing a record-breaking wave of Covid-19 infections. It has logged around 35,000 deaths from the disease overall, far lower than many other countries.