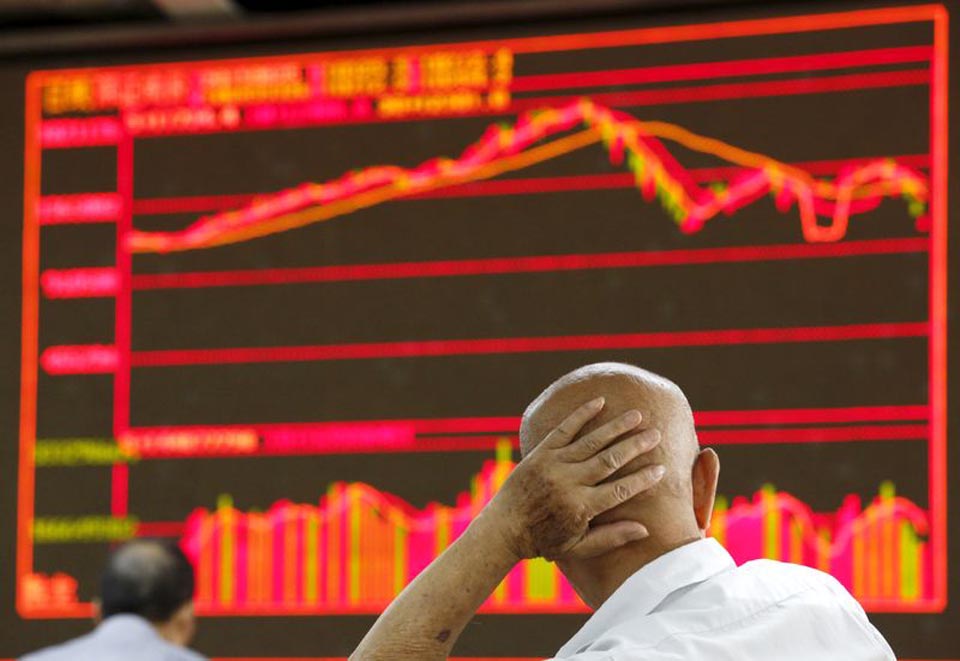 A rally across global markets from June lows appears to have hit the buffers after Friday's forecast-busting employment reading showed the world's top economy remained resilient but meant more monetary tightening was on the cards.

There had been a hope that recent weak data -- including one showing the economy contracted for two straight quarters -- would allow the bank to take its foot off the pedal in lifting borrowing costs, and possibly begin cutting in 2023.

Now, investors are on edge ahead of Wednesday's figures, with some observers warning that an above-estimate reading on inflation, which is already at a four-decade high, could spur another sharp market sell-off.

There is a growing expectation that central bank interest rate hikes will go too far and tip the global economy into recession.

Saira Malik, at investment manager Nuveen, told Bloomberg Television said the losses could kick in when investors realise "the Fed is not going to pivot on interest-rate hikes in early 2023, inflation should remain pretty persistent and rate hikes should continue".

"Nvidia is one of those companies that does things right and has the majority of analysts backing their stock," said OANDA's Edward Moya, adding that its "warning is reminding traders of how severe the macro impacts might be on tech for the rest of the year".

Tokyo, Hong Kong, Seoul, Taipei and Manila were in the red, while Shanghai, Sydney, Wellington and Jakarta edged up.

Oil prices edged down and remain around six-month lows as recession fears mount and traders fret over the impact on demand. They are also keeping tabs on Iran nuclear talks after the European Union submitted a "final text" at talks to salvage a 2015 deal.

An agreement could open the way for Tehran to resume sales of crude on international markets, partly helping to plug a hole left by the ban of Russian exports following its invasion of Ukraine.

However, Moya added that "it seems unlikely a breakthrough will happen anytime soon. Tehran seems like they are willing to negotiate, but an imminent decision to agree to the EU's proposal seems unlikely".