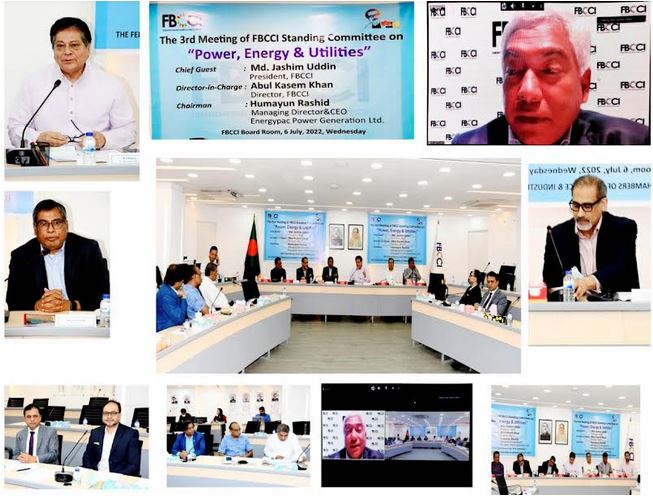 He said the factories are now experiencing unusual production disruption due
to load shedding.

The Federation Chief made this call at the third meeting of the standing
committee on Power, Energy and Utilities held at FBCCI this afternoon. He
also called for a short, medium and long term roadmap to ensure energy
security, said a press release.

FBCCI Vice-President M A Momen said, Bangladesh is now more developed in the
energy sector than before.

He called upon all to work together to deal with the power crisis.

Director-In-Charge of the committee Abul Kasem Khan stressed the need for
giving emphasis on coal-fired power generation. He also called for
reconsideration of the agreements in the energy sector in the context of
global scenarios.