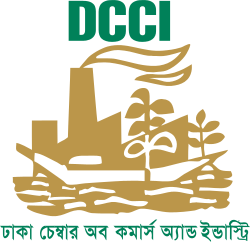 DHAKA, May 28, 2022 (BSS) - The business delegation of Dhaka Chamber of Commerce & Industry (DCCI), led by its president Rizwan Rahman, has sought more investment from the entrepreneurs of West Bengal (WB) to the economic zones of Bangladesh.

DCCI President Rizwan made the request when the DCCI delegation met the Minister in Charge of Industry, Commerce and Enterprises of West Bengal Dr. Partha Chatterjee yesterday, said a press release today.

The release said that the Indian investment to Bangladesh so far is $3.55 billion.

During the meeting, the DCCI President said that due to lack of adequate infrastructure of the land ports, lead time of export and import increases.

To facilitate trade and investment, Rizwan also requested to address prevailing non-tariff barriers, relaxation of rules of origin and withdrawal of the anti-dumping duty.

In order to ensure a win-win situation, he suggested for signing a comprehensive economic partnership agreement (CEPA). He also requested for recognition of BSTI certificate for some products.

Dr. Partha Chatterjee said mobility in the infrastructure sector is very important. Besides, he suggested the DCCI and its counterpart in India, the Indian Chamber of Commerce, to initiate a joint study to identify opportunities, challenges and weaknesses in the existing operation of trade and commerce between India and Bangladesh.

He also said that Bangladesh is good in finished jute products and termed textile as a potential area where investors of both the countries have good prospects. He also said that there is a need to utilize the regional corridors for better economic development.

Later, the delegation had a meeting with the Chairman of West Bengal Industrial Development Corporation Rajiva Sinha at his office.

Rajiva said that to boost the bilateral trade to the expected level, there is a need to improve the transportation system. Besides, private sector should identify the problems of doing business and the government should react on these issues through required policy support.

Meanwhile, the delegation had an interactive B2Bs at the age old Bengal Chamber of Commerce & Industry. President Designate of BCCI Subir Chakraborty said connectivity has been central to India's investment in Bangladesh. India has a focus on building infrastructure connectivity between the north eastern region and Bangladesh.

Later, the delegation members had meetings with the Principal Secretary, Tourism Department Nandini Chakravorty and with the Kolkata Port Trust.

In all the meetings, the discussants underscored the need for smoother connectivity, policy assistance, identifying existing trade barriers and possible way out and exchange of business delegations.