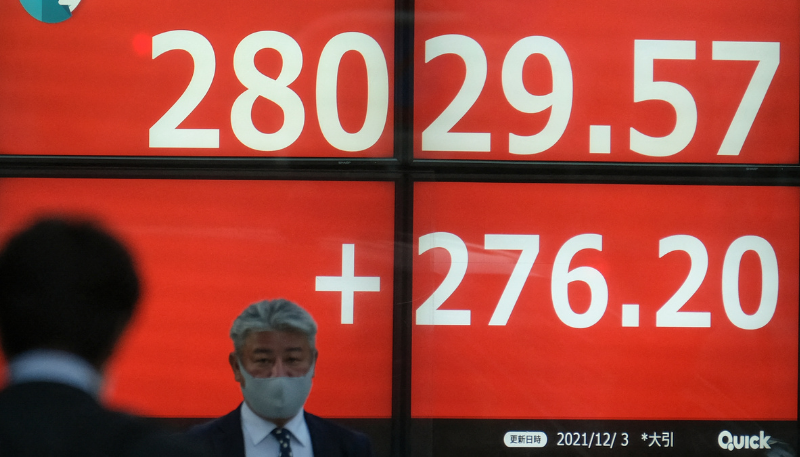 The Omicron variant has been detected in 38 countries but no deaths have
yet been reported, with authorities worldwide racing to determine how
contagious it is and how effective existing vaccines are at fighting it.

Top US pandemic advisor Anthony Fauci said Sunday that while more
information was needed, preliminary data on the severity of the Omicron
Covid-19 variant are "a bit encouraging."

Nevertheless, the new strain has sparked fears that the global recovery
could be put in jeopardy, as governments reimpose restrictions that many had
hoped would be a thing of the past.

IMF chief Kristalina Georgieva has warned the latest strain could slow the
global recovery, noting that "a new variant that may spread very rapidly can
dent confidence."

"Omicron?related uncertainty will linger while market participants wait to
learn about the severity, infectiousness and resistance of the strain," Kim
Mundy, a strategist at Commonwealth Bank of Australia, said in a note.

Tracking those fears -- as well as signs of a looming hawkish shift in US
rates -- Tokyo, Seoul and Australia fell in morning trading. Also down was
Hong Kong, where news last week that Chinese ride-hailing giant Didi Chuxing
would start the process of delisting from the New York Stock Exchange has
sent shares in tech firms tumbling.

Shares in Chinese e-commerce giant Alibaba -- still reeling from the
impacts of a broad regulatory crackdown on big tech by Beijing -- fell up to
8.3 percent in early trading, as the firm announced the biggest reshuffle of
its top management since a massive fine for antitrust violations.

Losses in the US were also dragging markets down, after a week that saw
the Federal Reserve signal a plan to accelerate the withdrawal of its
monetary stimulus and potentially hike rates sooner.

Analysts have characterised the report as better than the headline figure,
noting the unemployment rate dropped to 4.2 percent, a decline of four-tenths
of a point from the prior month. The labour force participation rate also
rose to its highest level since the pandemic.