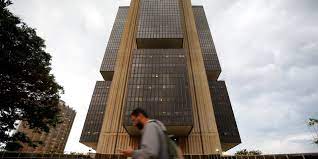 BRASILIA, Sept 23, 2021 (BSS/AFP) - Brazil's central bank raised its
benchmark interest rate by one point Wednesday to 6.25 percent in an attempt
to curb runaway inflation in a country struggling to recover from the
coronavirus pandemic.

The move, which was unanimously agreed upon by the bank's Monetary
Policy Committee, was in line with analysts' expectations.

This is the fifth straight hike of the year, which was at a historical
low of two percent at the start of 2021.

The central bank said in a statement that another increase "of the same
magnitude" is planned for its next meeting, set for October 27, because
inflation remains high.

Using the main tool to fight inflation, the central bank increased the
interest rate three times -- in March, May and June -- by 0.75 points, and
then by one point in early August, due to soaring prices.

Inflation is already nearly 10 percent year-on-year but is expected to
drop a bit and end the year at 8.35 percent, according to analysts, well
above the central bank's median target range of 3.75 to 5.25 percent.

The situation could worsen due to spiking fuel prices and the energy
crisis caused by a historic drought.

Earlier this year, analysts polled by the central bank predicted a
policy rate of three percent in December 2021, but they now expect 8.25
percent, which would suggest two more rate hikes before the end of the year.

But some analysts fear that too high a rate could hamper the recovery of
an economy still reeling from the effects of the coronavirus crisis, with
more than 14 million people unemployed.

Brazil has recorded more than 590,000 Covid-19 deaths, second only to
the United States, and has struggled to get vaccines to its 212 million
people as far-right President Jair Bolsonaro continues to defy expert advice
on fighting the pandemic.

The analysts polled forecast Brazil's economy will grow by 5.3 percent
this year, after contracting by a record 4.1 percent in 2020.

Economic growth hit a stronger-than-expected 1.2 percent in the first
quarter of 2021, returning the economy to its pre-pandemic level.