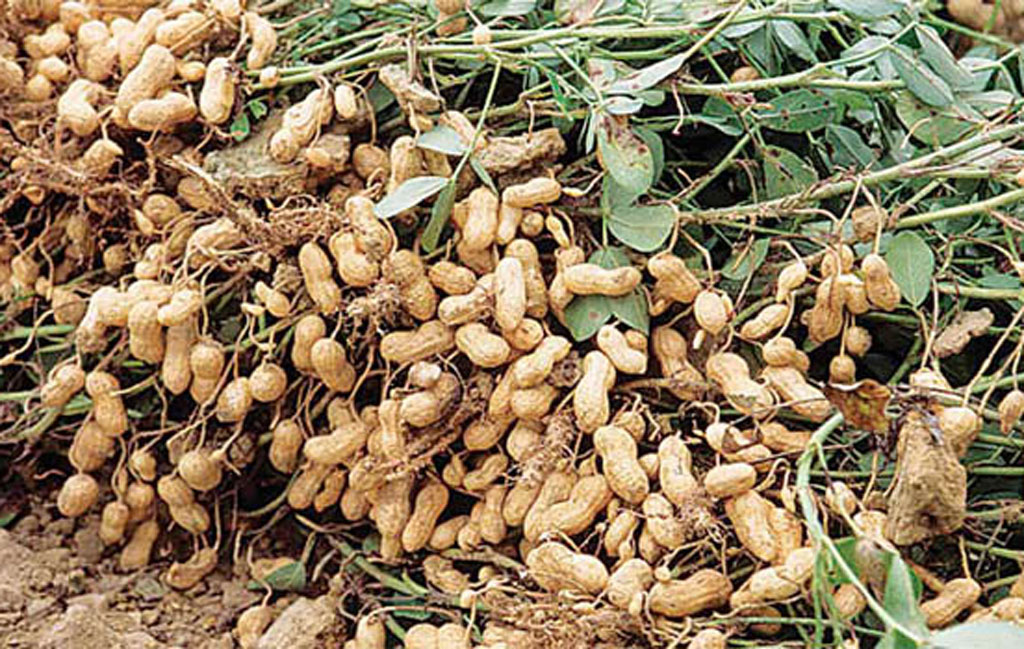 MANIKGANJ, July 6, 2022 (BSS) – The farmers of char areas of Daulatpur, Shibalaya and Harirampur upazilas of the district are happy with getting bumper output of groundnut as harvesting of the cash crop has completed on the barren char lands during the current Kharip-1 season.

According to the Department of Agricultural Extension (DAE), the groundnut is generally cultivated on the sandy land and a total of 2,520 hectares of land were brought under groundnut cultivation in the char land areas during the Kharip-1 season in the district compared to 2,003 hectares last year.

The farmers are getting fair prices of the crop between Taka 2,500 and Taka 3,000 per mound as per its quality while it has high demand in the local markets.

While visiting Jhitka Bazar, the biggest weekly hat of Harirampur upazila, it was found that a large number of cultivators were waiting with their products in the queue on both sides of Jhitka Ananda Mohon High School road.

Md. Bakkar Mollah, one of the groundnut cultivators of Silompur village under Harirampur upazila, said he has harvested about 30 mounds of groundnut from three bighas of land investing Taka 35,000 and expecting to earn Taka 70,000 if the present rate continues.

Bakkar Mollah also said, after harvesting maize, he cultivated groundnut on the same land and did not use any extra fertilizers but he got more production as his expectation.

Harirampur Upazila Agriculture Office sources said farmers cultivated groundnut on 192 hectares of land in the upazila which was 168 hectares in last year. The farmers of the areas mainly cultivated Bina Badam-4 and Bina Badam-6 as it gives maximum production, the sources added.

Rifazuddin, another groundnut cultivator of char Kalikapur of Baghutia union of Daulatpur upazila, said he had cultivated groundnut on two bighas of land this season and achieved expected production and prices.

Deputy Director (DD) of the DAE Abu Mohammad Enayet Ullah said the sandy lands of the area are suitable for groundnut cultivation and its cultivation is gaining popularity in the three upazilas day by day.

Every year the cultivation of groundnut is exceeding its fixed target, he added.